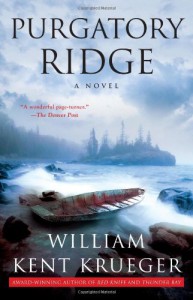 Literature, if it didn't enlighten, at least entertained. But history? History was simply a study in futility. Because people never learned.

Sole Survivor - Nov, 1986 - The Teasdale, an old ore freighter on its last mission, sank in the Great Lakes during one of the worst gales in history. John LePere was the only survivor. Among the perished was John's beloved younger brother, Billy. John would never recover from Billy's death, at whose hands he would blame The Fitzgerald Shipping Company.

Over a decade later, near Aurora, Minnesota - Our Grandfathers, Ninishoomisag - about 200 acres of ancient white pine trees stand majestically 100 feet tall with trunks over 4 feet in diameter - sacred to the Anishinaabeg tribe. Their existence are threatened by the Lindstrom Lumber Mill, owned by Karl Lindstrom who won the rights to log the site. When a bombing at the mill leaves an Ojibwe elder dead, Cork O'Connor becomes involved in what appears to be a murderous conflict between Native American and lucrative industrial America.

"The confinement of the Ojibwe Anishinaabeg to a very few reservations was accomplished through threat and deceit and with complicity of educated people who considered themselves enlightened. The devastation of the land-the clearing of the magnificent white pine forests , the deep gouging of the mine pits on the Iron Range, the dumping of toxins into the crystal water of Lake Superior- was justified as the fulfillment of God's plan, the "manifest destiny" of America."

Cork, part Anishinaabe himself and an ex-sheriff of the county, easily plays the middle man, the level headed go- between, the negotiator. But, he's torn between getting involved in the investigation, and his commitment to rebuilding his family life and relationship with his wife. His involvement becomes sealed, though, when Lindstrom's wife Grace Fitzgerald and her son are kidnapped, along with Cork's wife and son. For Cork, the crime just got personal.

I was impressed with Krueger's introduction of the Ojibwe way of life and spirituality; their beliefs weren't thrust in the reader's face like a gale force wind, never preachy or dogmatic. Rather Krueger managed balance between the races, acquainting the reader of the Ojibwe's nature with thoughtful illumination. It's obvious he respects the Native people tremendously.

Krueger also paid attention to the connection and interaction between his characters and the environment. His description of the setting was breathtaking; it strengthened the image in the reader's mind; it allowed the reader to easily fall in love with the land.

"During summer in the North Country, the sun seemed to linger forever. The light near dusk was like one final exhalation that breathed gold onto pines and tamaracks, the birch and aspen, and everything seemed to hold very still as the sun let out its long last breath. Cork loved summer evenings in Tamarack County, loved those moments when the earth seemed to pause in its turning." 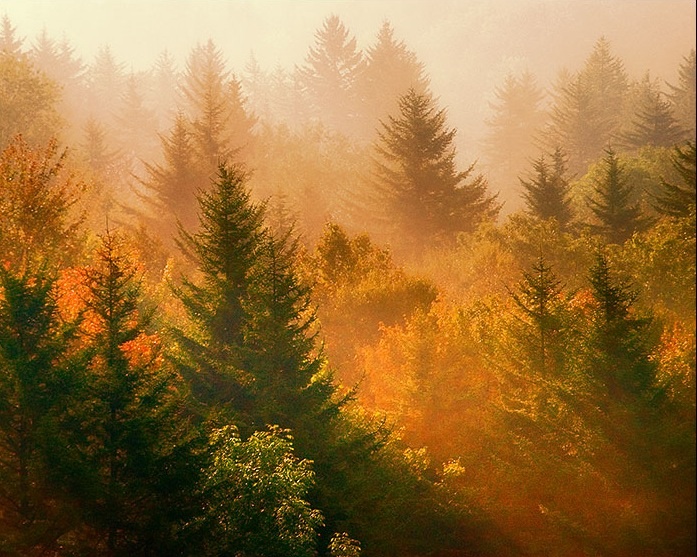 One final exhalation that breathed gold onto pines and tamaracks.

Krueger's use of one of the many disasters in Great Lakes' history, the sinking of the SS Daniel J. Morrell in 1966 with the miraculous survival of one man, Dennis Hale, gave the plot believability, and John's character validity. 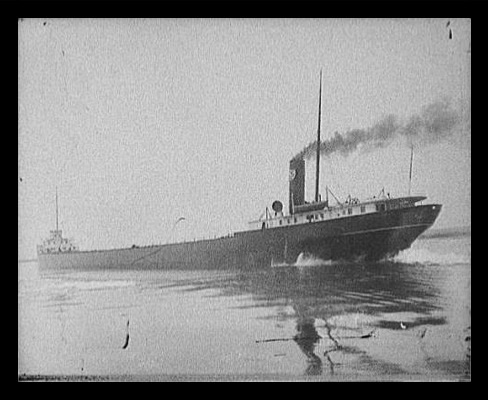 SS Daniel J. Morrell -the inspiration for the Teasdale in Purgatory Ridge.

This novel was the 3rd in the Cork O'Connor Series written by William Kent Krueger, and the first in the series that I've read(although I did read Ordinary Grace-loved it but not much Cork in it). I had a lot of fun with this-I think I would read more of Cork soon.